I’m beginning to feel like our “relocation” is a very long saga, so I’ll make the ending brief.

2. No, we did not relocate to the Northwest

3. We relocated to a great location just outside of Wickenburg – so we’re STILL IN ARIZONA. It’s all the change we needed.

So, back to business!

For the last few months we’ve been struggling to get Lee Anderson’s new book into print. The last technical glitch wasn’t mine (this time). But despite being computer-less for several weeks due to the move, we finally have the book in print. Lee’s new book is phenomenal…and bold. People will love it, or they’ll be furious. Getting it into print has taken its toll on all of us, however. Release date for this title is January 15, 2020.

As for end of the year business…I’ll have final numbers soon, but I do know that A Beginner’s Guide to Owning a Mule  was the second highest selling book via Ingram this year.  The other three top titles for Ingram sales were Some Gave All, by J.R. Sanders; Developing the Art of Equine Communication  by C.L. (Lee) Anderson; and Saving Our Oceans, by R.L. Coffield. Note that these are all nonfiction. 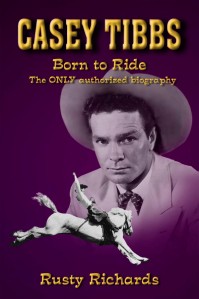 E-book sales have not been tallied, and not all books are in ebook format, but Casey Tibbs – Born to Ride,  by Rusty Richards (available in both paperback and ebook), looks like it snagged first place  in total sales in 2019. That being said, final results have not been determined yet.

I’ve been rather forced to take a break from publishing this year (2020) as I have no staff left. Renee is sulking (for good reason and won’t be back for a long, long spell if then). Vin (our fantastic cover designer) has relocated to Ecuador. Jered took a job as Account Executive with Shamrock Farms (which pays much better than I do). And on and on. Even Tom has taken on other projects. I’m thinking it’s a sign I need to move on. It’s been 10 years – change is good.

My goal is to start a JUST ONE THING grassroots movement. It’s simple, right? IF EVERYONE, every single person, did JUST ONE THING to stop plastic use and pollution the results would be phenomenal. I’m not talking big sacrifices either. How about buying coca cola in the can or a glass bottle – or any of the many other plastic bottles of crapola  produced? How about saying no to the plastic bag that you don’t really need? We can all make a change that will be beneficial for the environment.

We’ll be in the Northwest again this summer where I’m hoping to get in some hours toward my Marine Naturalist Certification. Yes, my heart is still in the Northwest, but thousands upon thousands of hearts there are working for the whales, the ocean, the chinook salmon, and cleaner water. My voice won’t be missed. Instead, I’m hoping to bring these issues to Arizona so that they make sense to the people here.

I’ll be blogging regularly about all these things and also on a rampage about a few of them. I hope you’ll stay tuned and think about CHANGE!

Publisher who loves Westerns, Whales, and Oceans! Email us at cookie@westernswhalesandoceans.com and orders@moonlightmesaassociates.com View all posts by Moonlight Mesa Associates