Large portions of this country experienced severe flooding this past year, while other parts remained bone dry. Regardless of the drenching rains in some areas, however, America’s aquifers are in serious trouble. It takes literally decades to refill an aquifer.

Rapid population growth, increased industrial demand, and water withdrawals have tripled over the last 50 years. Water wars could well be the future. Mark Twain once commented, “Whiskey is for drinking; water is for fighting over.” If not water war skirmishes, then mass migration of millions of people from drought stricken countries will likely ensue which will cause total political and social upheaval.

Agriculture in general uses about 70 per cent of water withdrawn from aquifers. The Ogallala aquifer, one of the world’s largest aquifers located in the mid-west, lost a third of its water in just 30 years due to farmers withdrawing water at an unsustainable rate. California’s Central Valley aquifer is showing signs of depletion and could drop below reach by 2050. Because of the overuse of groundwater by farmers, many resident’s wells are going dry.

Of the 37 major aquifers on the planet, 21 are on the verge of collapse. Cities like Beijing, Shanghai, and Mexico City are sinking. Indeed, sections of California’s Central Valley have dropped a foot, and in some areas 28 feet. The facts regarding water shortage are dismal, but action can be taken.

Water catchment systems are one of the simplest solutions to water scarcity in any given area. Many dry areas, like Texas and Arizona, are now allowing rainwater-catchment installations on homes and other buildings. In addition, desalination has become well known in recent times. Desalination can work not just for salt water, but for water considered “brackish,” which is water that is too salty for human consumption. There is up to 10 times more brackish water than freshwater in any aquifer. And changing from highly thirsty, water intensive crops, like corn , cotton, rice, and wheat to less water consuming products might also be a consideration.

But the most extreme measure, in most people’s minds, is the concept of “Toilet to Tap.” Namibia, a very arid country has been purifying wastewater into drinking water for almost 50 years. No one has ever become ill from this “reused water.” In 2003 Singapore began treating sewage water to drinking-water standards, and now El Paso, Texas, is preparing to provide potable reuse water for drinking. This is because El Paso’s Hueco Bolson aquifer that has supplied El Paso with water for decades could run dry which, at its rate of drop, could happen by 2025.

Unfortunately, much of the water currently available for consumption is contaminated. 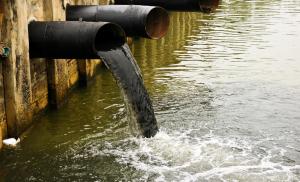 The drinking water of 233 million Americans is dangerously compromised.

As deadly serious as the prospect of water shortage and contamination is, it’s surprising that this issue is not front and center. There’s much more to this story, however, and it’s covered in Saving Our Oceans by R.L. Coffield.

Saving Our Oceans is available from Amazon and from the publisher at Moonlight Mesa Associates. Material for this particular blog is from Saving Our Oceans, chapters 5 and 6. 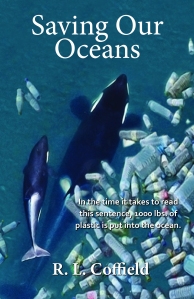 Net proceeds from the sale of this book are earmarked for the Save Our Wild Salmon Coaltion and the Friday Harbor Whale Museum.

Publisher who loves Westerns, Whales, and Oceans! Email us at cookie@westernswhalesandoceans.com and orders@moonlightmesaassociates.com View all posts by Moonlight Mesa Associates